Forthright Radio looks at the film; The House On CoCo Road - As part of the Mendocino Film Festival

Guests are director, Damani Baker, and Mendocino County’s own, Belvie Rooks, who produced the documentary, THE HOUSE ON COCO ROAD, which follows Damani’s family roots in Louisiana, to the East Bay, to the Black Power movement, particularly in CA, to New Jewel Movement revolution in Grenada in the early 1980’s, the US destabilization of the new government and invasion under Ronald Reagan, and the overthrow of that revolution.

It features famed activists, Fannie Haughton, who is Damani’s mother, as well as Angela Davis and others. It’s an important history, not only for the facts & figures it exposes, but for the emotional realities it establishes.

Hear the show by clicking here. 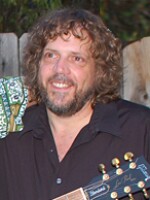 Rich Culbertson
Rich is currently KZYX and KZYZ's Chief Operator and Operations Director. He's responsible for the technical operation of the station as well as enforcement of FCC requirements and regulations.
See stories by Rich Culbertson