The KZYX Building Fund was inaugurated at a meeting in the SPACE Courtyard in Ukiah on Saturday, March 26th, with an inspiring speech from Sally Kane, CEO of the National Federation of Community Broadcasters. Retiring KZYX Board President Tom Dow also spoke, KZYX musicians performed, and Board Vice President Renee Vinyard proposed a toast. Celebrants cheered the launch of the capital campaign for KZYX’s very own studios — and the beginning of a new era for Mendocino County’s 32-year-old public radio station.

After several months of demolition, discovery, planning and preparation at the KZYX site at 390 Clay Street, the station has paused work on the project for the month of April in order to make crucial building decisions and look for ways to cut costs, which have ballooned because of the rising price of materials, general inflation, and supply-chain delays. The hiatus also allows the station to take a moment to focus on fundraising after several months of Covid-related delays.

Our goal is at least one million dollars, which we hope to amass through donations large and small, and from grants and major gifts. The first step in the campaign is the Quiet Drive during the month of April, followed by an on-air fundraising drive scheduled for April 30-May 14. All donations raised on-air this Spring will go toward the Building Fund. A grant from the Corporation for Public Broadcasting will take care of the operating funds normally raised during this time.

Station representatives will also be contacting major donors and the staff will be writing grants as the on-air fundraising gets underway.

The new building is a unique, once-in-a-lifetime opportunity for KZYX to create a sustainable situation, in a permanent headquarters that will support and anchor our essential community institution for years to come. The new home will allow KZYX to continue to serve Mendocino County with a diverse, high-quality program schedule and timely news and emergency information. Please consider a generous donation to the KZYX Building Fund. 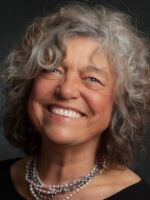