Can the U.S. keep up with Ukraine's demand for weaponry?

The U.S. is sending billions of dollars in powerful weapons to Ukraine so it can fight off the Russian invasion. But that effort is leading to some shortages - not only in the weapons themselves, but also in the parts that they need - among them, ball bearings.

To explain what I just said, we're joined now by NPR Pentagon correspondent Tom Bowman and NPR global economics correspondent Stacey Vanek Smith. Hey to both of you.

CHANG: OK. Tom, I want to start with you because, I mean, ball bearings? This is not something I would ever think would run out.

BOWMAN: It's crazy. I couldn't believe it when I first heard it. You'd think it's like running out of safety pins or something.

BOWMAN: So I went down to my local hardware store, and I have a handful of ball bearings right now.

(SOUNDBITE OF BALL BEARINGS CLACKING TOGETHER)

BOWMAN: And a Pentagon official I spoke with said, listen, these are not the kind of ball bearings you find at a local hardware store. These are precision ball bearings built to higher standards. And ball bearings are used in all sorts of military hardware - things like guidance systems, artillery, armored vehicles. The ball bearings help facilitate motion. They reduce friction and position moving machine parts. Now, the Pentagon says it's meeting all its current contracts, and all are with U.S. companies, so it's not like they're running out. But clearly, you know, it's an issue for them. And military officials tell me now they're talking with industry about how we can create more ball bearings and move faster.

CHANG: Never would have imagined. Stacey, I understand that you have been talking with ball bearing industry types, which I imagine is a first, even for you.

VANEK SMITH: (Laughter) It is.

CHANG: What are they telling you? Like, are they ramping up production?

VANEK SMITH: They are trying to ramp up production. Everyone I spoke with said that they were seeing demand increase, especially over the last few months, and they are trying to meet that demand. And so far, it seems like everybody I spoke with was meeting demand, but they're running into some pretty serious roadblocks. For one thing, most ball bearings are made out of steel, and steel has gotten a lot more expensive. Steel prices have actually more than doubled over the last couple of years. Part of that is because Russia was one of the biggest steel exporters in the world. A lot of countries will not buy Russian steel right now, and that has created kind of a global shortage, which has pushed prices up. And even for companies that can pay those higher prices, steel has just gotten harder to come by as well.

I spoke with David Dahl. He's the head of New England Miniature Ball. It makes nearly 3 billion ball bearings every year. Some are just tiny - the size of sesame seeds. Some are bigger - the size of marbles. And he has contracts with these big companies - with aerospace companies and things like that - obviously, important orders to fill. But actually getting the steel to fill those orders has become a real issue, even though he can pay the higher prices.

DAVID DAHL: Sometimes we have to wait a little while to get the steel that we need. We're a small company. So, like, if Ford or somebody wanted a bunch of steel, guess who is going to get it first, right? You have to really plan. It can be months before - this is when the order will ship.

VANEK SMITH: So Dahl said, also, labor is another big wall he's hitting up against in trying to increase production. He currently has about 100 employees, and he says finding more workers just has been really, really tough. He's raised pay. He said he's willing to train people. But finding workers that will help his company increase production has gotten really hard.

CHANG: So fascinating. Who knew ball bearings were so important - so fundamental? OK. So, Tom, are there any other weapons parts that the Pentagon is concerned about right now?

BOWMAN: Well, Ailsa, rocket motors - and they're using everything from shoulder-fired Stinger and Javelin missiles up to the larger ones fired by trucks. Now, thousands upon thousands of missiles are being sent to Ukraine, not only from the U.S. but also NATO countries. Now, the rocket motors are only made by two companies - Northrop Grumman and Aerojet. Now, with Aerojet, they've maxed out production, and they have three shifts going at its plant in Arkansas. And, again, the demand is being met, but they want to ramp things up. So the Pentagon is working with these companies as well, trying to figure out how to increase production. It could be renting or buying a new manufacturing plant, buying new equipment. And, as Stacey mentioned, you know, it's a labor thing, too, so - now it could be the company and the Pentagon split the cost. So that's kind of what's going on right now.

CHANG: OK. So potential shortage in rocket motors, ball bearings. Any other shelves that are bare or could be bare?

VANEK SMITH: Yes. Computer chips is another big potential sticking point. Obviously, we've heard about this in the context of things like cars. A lot of us bought a lot more electronics at the start of COVID. And there was a big demand for chips, and production of chips was down. So that chip shortage has just caused all kinds of issues across the whole economy. And, you know, it just takes a while for supply chains to normalize, even though, apparently, that is getting better - the chip shortage.

CHANG: So do we expect all of these potential shortages to be a concern for quite some time?

BOWMAN: The Pentagon's looking pretty far down the road at all these components because officials say they expect to provide Ukraine with weapons for a long, long time. And it's not just Ukraine again. The U.S. will have to replenish its own stocks of weapons. So too will the allies. So everyone's going to need a steady stream of ball bearings, rocket motors and computer chips.

VANEK SMITH: I also think this is just such a fascinating story because it shows how really interconnected economies across the world have become, and there's just not much of a cushion when supply is disrupted. It can take a while for things to bounce back.

CHANG: Absolutely. That is NPR global economics correspondent Stacey Vanek Smith and NPR Pentagon correspondent Tom Bowman. Thank you to both of you.

Stacey Vanek Smith
Stacey Vanek Smith is the co-host of NPR's The Indicator from Planet Money. She's also a correspondent for Planet Money, where she covers business and economics. In this role, Smith has followed economic stories down the muddy back roads of Oklahoma to buy 100 barrels of oil; she's traveled to Pune, India, to track down the man who pitched the country's dramatic currency devaluation to the prime minister; and she's spoken with a North Korean woman who made a small fortune smuggling artificial sweetener in from China.
See stories by Stacey Vanek Smith
Megan Lim

Justine Kenin
Justine Kenin is an editor on All Things Considered. She joined NPR in 1999 as an intern. Nothing makes her happier than getting a book in the right reader's hands – most especially her own.
See stories by Justine Kenin 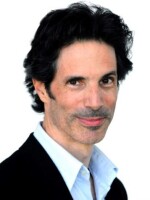 Andrew Sussman
Andrew Sussman is supervising editor for national security at NPR. Prior to joining the network in 2020, Sussman was executive producer for public radio's The World. He was a producer and reporter on the original team that launched the show in partnership with the BBC. Before that, Sussman oversaw a joint-venture newspaper collaboration with Komsomolskaya Pravda in Russia and then was an editor at The Moscow Times. He's also worked as a reporter with Radio France International in Paris. Sussman was a 2001 Nieman Fellow at Harvard University. Originally from Colorado, Sussman also grew up in Montreal, which will forever be home.

Ailsa Chang
Ailsa Chang is an award-winning journalist who hosts All Things Considered along with Ari Shapiro, Audie Cornish, and Mary Louise Kelly. She landed in public radio after practicing law for a few years.
See stories by Ailsa Chang